Hassan Suleiman, contains plot and/or ending details of Dying Light and all its related media. Proceed at your own discretion.

Killed in a Infected related incident.

Hassan Suleiman is a character mentioned in Dying Light.

Prior to the outbreak, Hassan was a resident of the city of Harran and the younger brother of Kadir "Rais" Suleiman, a local political figure. Following the outbreak, Kadir was hired by the Global Relief Effort to maintain order in the city, but he demanded his brother be evacuated. Unfortunately, the GRE was unable to extract Hassan and he was killed by infected.

The death of his younger brother had a profound effect on Kadir, and caused him to become disillusioned with his mission to maintain order. He began calling himself "Rais" and formed a gang of violent thugs responsible for numerous robberies and murders throughout the city. In retribution for their perceived betrayal, Rais also steals a file containing evidence linking the GRE with the cause of the outbreak. As a result, the GRE sends in Kyle Crane to hunt down Kadir and retrieve the file. 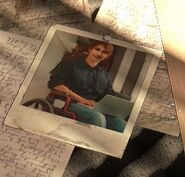 Hassan as seen in the mission The Shadow of the King.
Add a photo to this gallery

Retrieved from "https://dyinglight.fandom.com/wiki/Hassan_Suleiman?oldid=25300"
Community content is available under CC-BY-SA unless otherwise noted.