View source
watch 02:59
Wiki Targeted (Games)
Do you like this video?
Play Sound

Gold-tier is the sixth, final rarity in Dying Light, it is considered the best among rarities, as the Gold-tier weapons have the highest possible damage, durability, repairs and handling for melee weapons in the game.

There exist only three types of Gold-tier melee weapons in Dying Light: Fantasy, developer, and normal.

For all the other rarities as well as general information about weapons and their traits in Dying Light, please visit Weapons.

This page will pinpoint all about Gold-tier weapons, the information regarding how to obtain, exactly what type of weapons, how and where to expect it.

Note: The screenshots below are taken without Legend skill-tree interfering with the weapons, and are not crafted or upgraded. Therefore, it'll show the base damage and statistics. 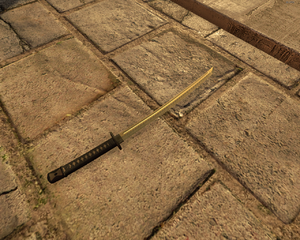 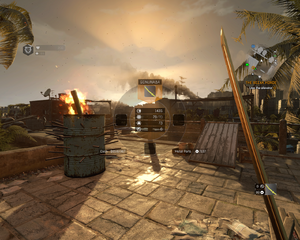 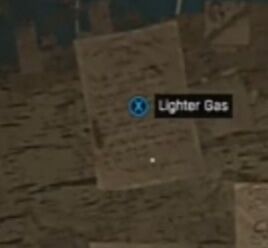 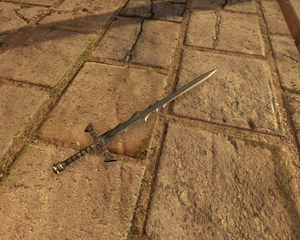 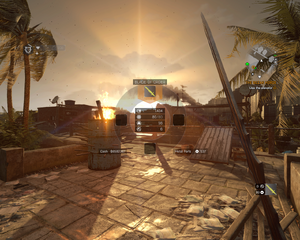 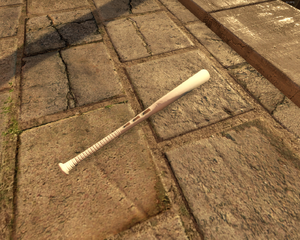 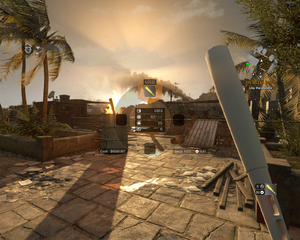 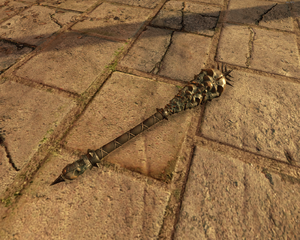 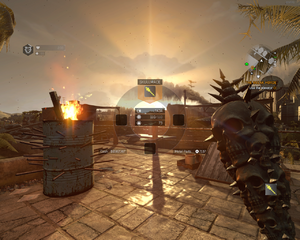 Note: The Skullmace is limited in terms of repairs and blueprints. It cannot be repaired, not even once, nor crafted, as the options for this simply don't appear. However, it can be upgraded and it comes with slightly higher durability compared to the other melee weapons. 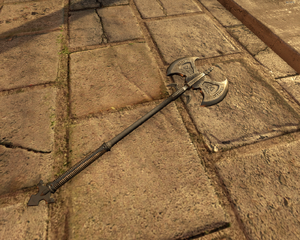 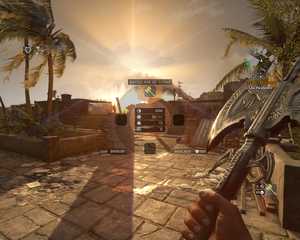 Note: The Battleaxe of Titans appear to follow the same limitation rules as Blade of Order, it cannot be crafted by most of the blueprints, and the best blueprint for it appears to be Bolter Poison. 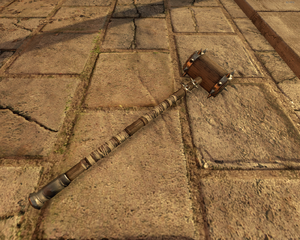 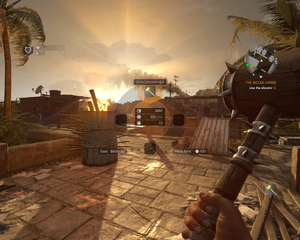 Note: The Smackhammer appears to be following the same limitation rules as Skullmace, it cannot be applied with any blueprints, nor repaired. However, it can be upgraded and appears to be more durable compared to the other weapons. 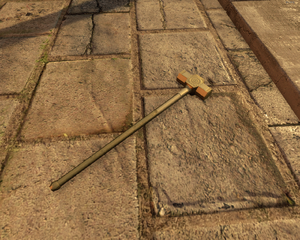 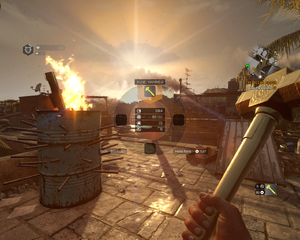 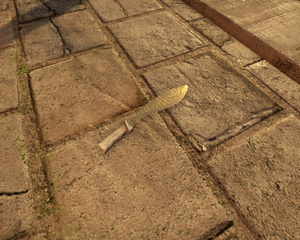 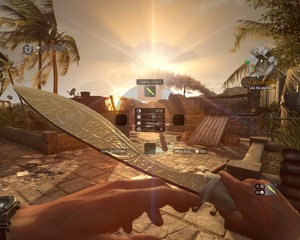 There are only two ways of obtaining a fantasy weapon.

Prison Heist is the largest free addition to Dying Light among Content Drops. It was added as Content Drop #4. Prison Heist involves players playing through a prison-themed area with limited time to grab rewards at the end. The quality of rewards is based on how fast they finish.

All 10 Content Drops are delivered, all of it is free and accessible in offline mode after downloading. Information about all the Content Drops. 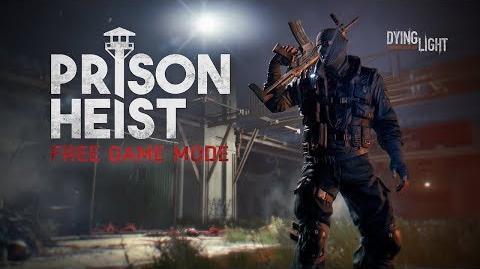 To obtain Gold-tier weapons from Prison Heist players need to achieve Guru reward, which is the best possible reward tier and involves the player finishing it as soon as possible. The loot quality doesn't differ from difficulties, it is only based on how fast the player finishes it, quicker means better loot. At the ending sequence, players enter an armory full of loot with quality based on their finish time, with a time limit to loot everything which will be based on difficulty as well as the current number of players. (Higher the difficulty = more time to loot; more players in session = less time to loot). All players must exit within the time provided — if any player fails to escape, all players will lose all their rewards!

For a single player:

More details are provided in this thread.

It is also possible to play Prison Heist in offline mode or without an internet connection. Looting — Chests with hard lock picking difficulty, GRE chests in Quarantine Zone(s), towers in The Following or police vans. Playing at higher difficulties increases the chance of finding Fantasy weapons, however, higher difficulties in exchange decrease your chances of finding purple and orange weapons.

By playing Be The Zombie mode (Invasions) as human. Humans have 12 ranks in Be the Zombie mode. To start earning Fantasy weapons you must reach the fourth rank called Underdog. The first three ranks are Prey, Casualty, and Endangered.

The new BTZ/Invasion balance patch should be live now! Details below:

Twilight Phantom is the only developer blueprint that will allow you to create a Gold-tier developer sword.

How to obtain Twilight Phantom blueprint

Note: It is not available on Nightmare difficulty.

Normal weapons are ones you usually see in vendors, chests, police vans, or towers in the Countryside, these change and vary as you level up in Survivor and Legend skill-trees. However, you can only get up to Legendary (Orange) rarity by these means.

Note: The game must be connected to the internet while opening dockets, otherwise the docket may not always give weapons in Gold-tier.

There are numerous ways of obtaining normal weapons in Gold-tier, beginning with the fastest and most reliable method. The only way to obtain normal Gold-tier melee weapons is opening dockets and achieving Guru reward in Prison Heist.

The most reliable way of earning normal weapons in Gold-tier is replaying Bozak Horde and achieving Guru reward in Prison Heist, as the Premium dockets are very limited especially the community events. Although Prison Heist may be requiring too high effort while lacking in chances and variety of normal Gold-tier weaponry. Premium weapon docket codes are single-time use, therefore it is unwise to rely on it, as the Bozak Horde allows obtaining 15 Bozak dockets in one hour of real-life time by repeating Trial 5, whereas it will approximately take Techland one year of real-life time to grant players enough Premium docket codes to collect this many.

The full Bozak Horde guide can be found here — http://steamcommunity.com/sharedfiles/filedetails/?id=771766520

Both are crafted with Angel Sword blueprint which increases damage by 32,3% according to this guide. As well as both upgraded with 3 Clickers (Weapon upgrade which is same as King weapon upgrade)

It can be seen that the Gold-tier machete at the bottom excels with durability and repairs. While orange rarity allows up to 432 durability in total, if not higher, Gold-tier allows 686 durability if not higher by passive effect of Lucky Repair skill. It is also possible to refurbish weapons, more details are explained in this guide.

Three new Gold-tier weapons were introduced in Content Drop #1 which is part of the 10-in-12 Program.

Last Wish — A revolver which is obtained from finishing the bounty, Ace in the Hole. The last bullet fired from the Last Wish is always explosive, the effect is only active when Last Wish has only one bullet left, it can be confirmed when the barrel tip of Last Wish starts to heat, as seen in the third and fourth screenshots below, capable of sending zombies flying meters away. It is possible to prevent Crane from reloading the Last Wish by pressing the attack button right after firing the last shot and reloading once, which will successfully allow Crane to repeatedly fire the exploding bullets with every single shot from the remaining ammunition, it is not known whether this is intentional or overlooked by the developers.

Obtaining the Last Wish — The bounty requires you to double headshot two enemies with one bullet. The easiest way of finishing this bounty would be playing on Normal mode and throwing firecrackers to gather zombies in one spot. It can be easily done in Infamy bridge or any other area overpopulated with zombies, using revolver such as Ranger from The Following or shotguns. 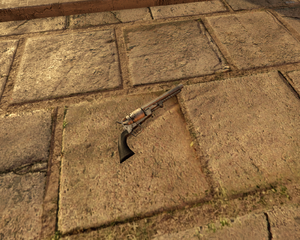 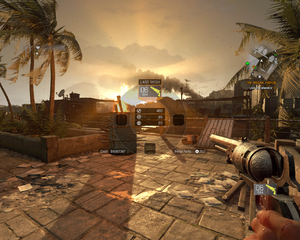 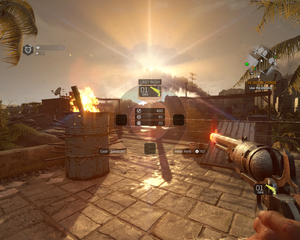 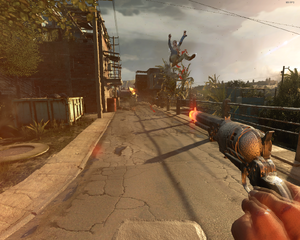 Fenris — A two-handed axe which is obtained by finishing the bounty, Bloodlust. After cutting the limb of an enemy Fenris gains increased damage. This can be confirmed when Fenris starts to glow as seen in the screenshot below. However, this effect lasts only for one attack, and to regain the effect another limb must be cut.

Obtaining the Fenris — The bounty requires you to cut off three heads in one swing. The easiest way of finishing this bounty would be playing on Normal mode and using sickle or machete, similar bladed weapons. Line up a minimum of three zombies in front of you and attack to their neck or head level. 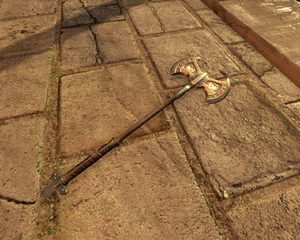 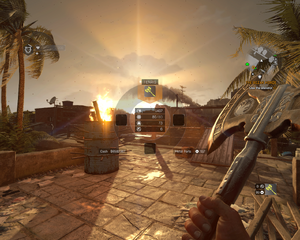 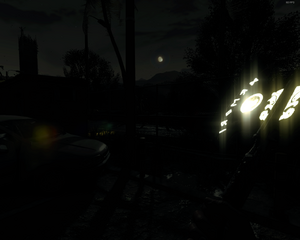 Kuai Dagger — A knife with special effect, boosting your parkour speed. Similar to the effect you receive while playing Parkour Fever challenges.

Obtaining the Kuai Dagger — It is obtainable by finishing the bounty called Rise of the Phoenix. You can find the video tutorial below. 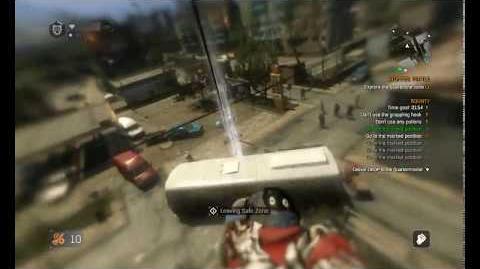 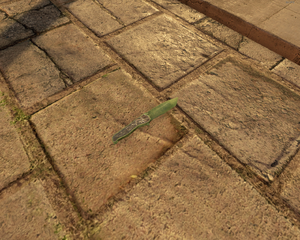 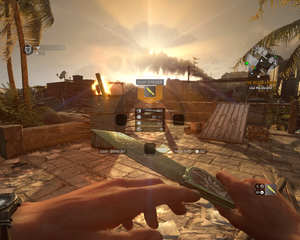 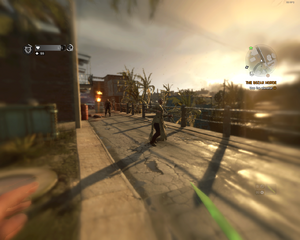 Note: Difficulty can be changed anytime from Main Menu > Play > Campaign > Save > Advanced. Note that, having Bozak Horde or DLC based Quarantine Zone tracked as quest will prevent difficulty options from showing up in Advanced settings.

Note: Not to be mistaken with "Golden" prefix on firearms. The actual Gold-tier weapons have a yellow icon.