Dying Light 2 Stay Human is an open world first-person survival horror action RPG developed by Techland and published by Techland Publishing, it is a sequel to Dying Light.

Taking the role of Aiden Caldwell, an infected survivor looking for his sister in the City where the player encounters and has the choice to aid various factions that are based within it that affect your outcome and gameplay. The game is set in 2036, 22 years after the events of Dying Light and 15 years after The Fall, a catastrophic event in late December 2021 where a new mutant strain of the Harran Virus breached GRE containment and spread across the world, plunging it into a period known as the Modern Dark Ages.

Dying Light 2 Stay Human takes place in Europe, in the fictional city of Villedor (sometimes called The City). There is considerably less information on the exact location of Villedor and its former political status than there is for Harran. For example, we do not know if Villedor, like Harran, was also a city-state, or whether it was part of a larger nation. We do know that the country it formed a part of was a member of the European Union, and that the city itself was home to millions of people, placing it among the top cities of Europe by population. The city's architecture is notably reminiscent of cities in Central/Eastern Europe and electrical outlets in the game are Type E, which is also predominantly used in these regions.

Double the number of parkour moves from the first game, and greatly improved human combat. Dying Light 2 (much like the first game) has 2 skill trees full of new moves like the Air Kick and TicTac (not to be confused with TicTac from the original), and old favorites like the Dropkick and slide.

Dying Light 2 Stay Human will offer more player choice in missions, allowing players to make decisions that will affect the story and open world. Siding with survivors gets you trampolines and more ziplines while siding with the Peacekeepers gets you more traps and a semi automatic crossbow

During your journey throughout the city, you can modify weapons, wall run and jump, sprint across pillars, use the infected to break your fall, use your binoculars to mark targets and use your stamina to break down doors (but it also drains your stamina when climbing). Dying Light 2 Stay Human also features a "Tech Tree" that separates proficiencies of "Parkour" and "Combat" earn EXP on each action and accrue giving skill points for new skills and upgrades. The Paraglider is a new tool that allows you to glide around the city and with upgrades, you can boost yourself in the air. You gain a grappling hook which you can swing from objects (enemies can grapple as well) or pull objects to you or even grapple mid combat to swing kick at an enemy/infected. You can also use the grappling hook as a final yanking boost when doing climbing and running out of stamina.

You start with way less parkour skills in the start and have to unlock more via skill points which also increase your character's level, inhibitors can be found and used to upgrade your health and stamina with a max of 26 levels on both sides. The game offers a variety of different outfits that you can wear that also buffs your stats like defense, HP, XP gain, damage, etc.

This game's parkour and combat is incrementally harder too, as there are more enemy types and more moves too, it takes time to learn but it is worth it.

Over the course of Dying Light 2 Stay Human, the player will encounter a variety of Infected enemy types:

See Road Map for all the available DLC. 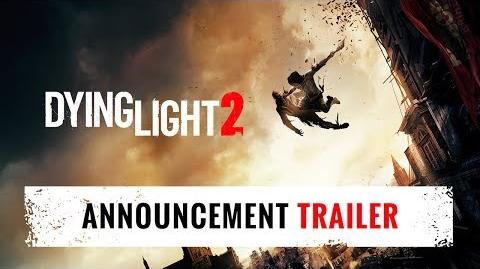 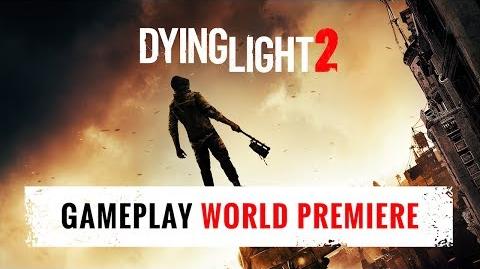