Dying Light: The Following, contains plot and/or ending details of Dying Light and all its related media. Proceed at your own discretion.

Protagonist Kyle Crane learns about a cultist group successfully controlling the Harran virus and living in the Countryside, Harran's outback outside the infection-filled quarantined city of Harran. With Antizin needed, Crane decides to go investigate and heads out to the countryside. In order to gain information about the immunity and gaining the cult's trust, he must assist the survivors living out in the Countryside.[2]

Set in a map that is twice as large as the two previous maps of Dying Light: The Following, gameplay wise is similar to the first game, in which the infected are slow and fragile in daytime, and become aggressive and fast at night time. Players can use parkour movements, such as climbing ledges, leaping, sliding, jumping and zip-lining, to move between places and kill enemies. One of the new features introduced is a drivable Buggy. Players can use them to travel across the game's world quickly and mow down enemies. It has its own separate skill tree, and weapons, including spikes, flamethrowers, UV lights, electrical cages and other upgrades can be added to the buggy to increase its combat abilities. The buggy's performance and efficiency are affected by factors including the power of its suspension, engine, and brakes. Players can also choose from 40+ different paint job to customize their car, and must collect fuel in order to drive the buggy.

The game features several new weapons, such as a crossbow and a variety of new firearms such as submachine guns and revolvers. A new "bounty" mode, which split missions into three different categories: "Basic", "Dailies", and "Community", is introduced. The missions and objectives included in this mode change everyday, and players gain experience points by completing them. The game also features a new difficulty mode named "Nightmare Mode", which extends the duration of nighttime, and increases the strength and health of enemies. Every action made in this mode drains stamina from the player's character. Players do not have to complete the base game before starting the expansion, but the character progression players earned in The Following will be carried to the base game. Similar to the first game, the game supports a four-player cooperative multiplayer mode. The asymmetrical multiplayer mode from the first game, Be the Zombie, also returns in Dying Light: The Following.

On October 7, Techland tweeted a 3D model of the new Tech 9-like SMG with a secret docket code, the docket code was G4BXIN98BA.

On October 15, a video was shared by Techland, where a car's registration plate indicates that the DLC will be released in Q1 of 2016, some people speculate that it will be released on January 27, the day the game was originally released this year.

On October 30, another video was released on the official Dying Light YouTube channel celebrating Halloween while promoting a Steam sale. The video featured dancing and pumpkin head wearing zombies in one of the houses featured in The Following landscape. 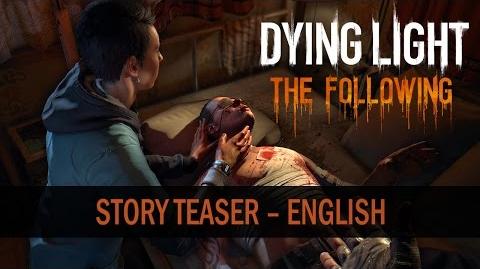 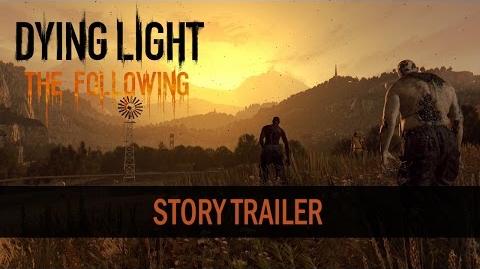 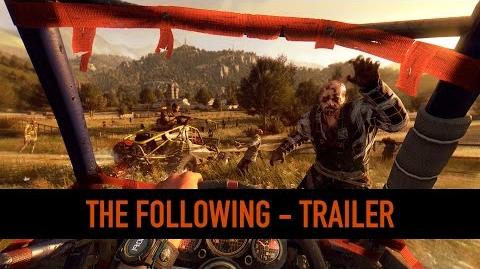 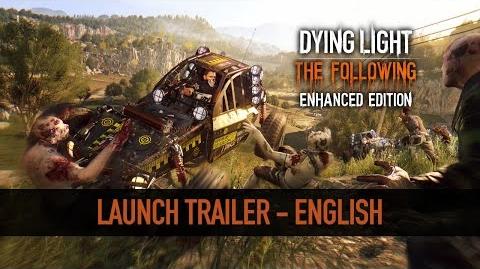 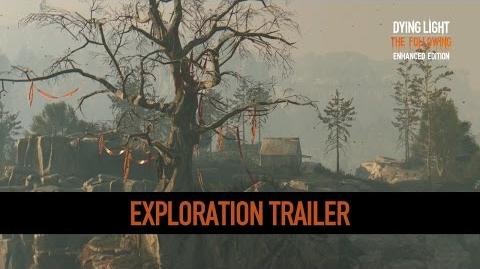 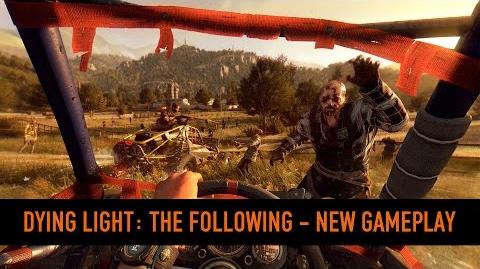 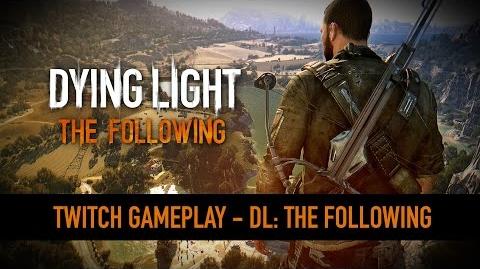